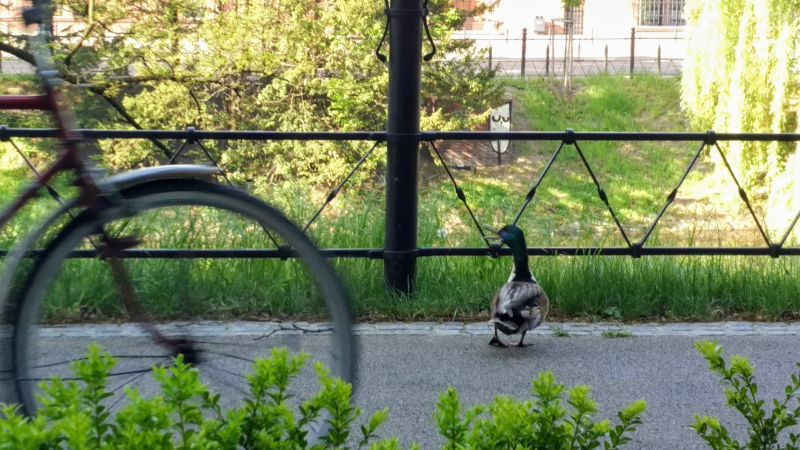 What a web developer do, when nobody watching? I polished the Frontend Quiz application and launching it, then playing with the server in a virtual machine. It wasn’t a week devoted to improving skills, but rather to reminding the skills already acquired. Clearing the bugs caught by Eslint and the fight to run Apache2 on the Ubuntu virtual server.

Which web developer writes a web page in one file?

I perfectly understood and appreciated the conventions that prevail when creating websites. Writing CSS classes in an HTML file is hard to compare to anything. It’s hard to keep the code transparent and it’s hard to edit quickly in the browser. Pure massacre. Look below, for one-button, you have several pieces of code lines.

What’s worth doing when you are a web developer?

As I mentioned, this week of pure coding lessons was not much, but there is time for some reflections on what to do and what not to do as a web developer.

These aren’t tips made up by me, because most of them can be found in various places on the Internet. I just collected them in one place and added my own comment to them.

My code is better than yours.

The most frequent problem is the feeling that my code is the best in the world. It’s easy to understand at the beginning of your IT journey. In fact, every Code Review clearly shows us that you can write something better.

However, with the increase in skills, one can become convinced that now I’m writing the best code in the world and my web development skills are unique. Maybe it is, but there may still be someone who is a better web developer. Of course, it’s okay to be happy with the results of your work, but saying that you can’t write code better is a problem for you and your team.

Every web developer could make some mistakes

The second aspect of the above issue is making mistakes. It is important to understand and learn that any web developer makes mistakes. We are human and everyone can have a bad day, be distracted for a moment and completely unexpectedly and accidentally make a mistake.

Worse, you may find that the error went into production and made a mess. It’s a black scenario, but quite likely. The worst thing to do in this case is to argue whose mistake it is.

The truth is, that is very easy to figure out who made a mistake when you work with a version control system. Proving each other at fault will not solve the client’s problem, nor will it contribute to maintaining a good atmosphere in the team. It’s better to admit it right away if it’s actually our mistake and move on. This is theoretically a more difficult path, but worthwhile in the long run. By the way, if you want to know, how I use git, you can check it here: GitFlow.

It is necessary to be the best web developer in the world?

Does it mean that by not being ideal, we are doomed to failure? No! Many talented web developers claim that they aren’t outstanding, that there are programmers better than them, and that it doesn’t prevent them from pursuing an interesting career.

In my opinion, the key to success is trying every time, with every line of code, and constantly upgrading your knowledge. Many trainers also say that talent only helps at the beginning of the road, because you are able to learn certain things faster. But in the long run, true success is achieved by those who can improve themselves day by day and release better and better code.

Looking for shortcuts is normal human behavior. Our brain is constructed in such a way that its ultimate goal is to keep us alive as long as possible. Hence, most people love shortcuts because it saves us energy. More energy means a greater chance of survival.

However, what has worked for hundreds of years and allowed people to survive in unfavorable conditions, doesn’t work for programming.

Yes, in the short run, taking a shortcut can help solve a specific problem, but have you ever wondered how this shortcut will affect the entire application?

Will, this shortcut does not make it difficult to introduce new functionalities to the application?

Will, it does not generate errors in specific situations?

Sometimes shortening the time of working on the code, in the long run, doesn’t pay off and it is always worth considering before we take shortcuts.

Finally, I left the aspect related to human memory. There may be times for anyone to forget something. It’s worth remembering that checking the documentation is nothing wrong.

The amount of information a web developer has to absorb is enormous. So there’s nothing wrong with not knowing something.

Perhaps in response to a question, say: “I have to check it.” At the beginning of the journey, it may seem that you should know everything and you shouldn’t know anything. It’s not true.

Everyone has the right to look at the documentation to remember how the function works, what syntax it has. The most important thing is to be able to look for answers to the questions/problems we encounter.

And, my progress in web development.

This week of work with the code wasn’t much, more cosmetic when it comes to the application, and then long hours of configuring the web server.

I will prepare a short guide for the second step, because this knowledge may come in handy. Yes, I know that there are XAMPP and AMPPS, but the server on a virtual machine is something different, allowing you to test the application in almost real conditions.

After few weeks I made this short guide, and you can check it here: Web Server on Virtual Machine

How to use CSS Border to cut box edge?

CSS knowledge that allows you to build pixel perfect page